The finalists for the AbilityNet Tech4Good Awards 2019 were announced this week.

Now in their ninth year, the awards are organised by national digital inclusion charity AbilityNet, and entry was open to any business, charity, individual or public body in the UK.

Sponsored by BT, they are the only awards to highlight the wealth of charities, businesses and volunteers across the UK that use the power of technology to improve other people’s lives.

Recite Me supports the use and development of any new innovative technology to improve the lives of people and we are thrilled that Recite Me is again a sponsor of the awards this year.

We also donate Recite Me’s web accessibility and language to the AbilityNet Tech4Good Awards website to help ensure the site is accessible and inclusive.

The winners of the 2019 awards will be announced at a glittering ceremony hosted by BT on 17 July at BT Centre, London.

As well as recognition and credibility that comes with winning one of the increasingly well-known awards, the AbilityNet Tech4Good Awards 2019 winners will also have the opportunity to access a year-long programme of support.

This includes the Winners Day on 2 October, 2019, where award winners can take part in workshops on topics such as marketing, grant funding and tech training, which are great for start-ups.

The event will also give the winners the opportunity to reach a wider network of tech innovators, champions of the awards, funders, corporates and other important organisations.

This programme of support is designed to help each award winner grow as much as possible after they win an AbilityNet Tech4Good Award.

The AbilityNet Tech4Good Awards 2019 finalists are:

Digital Volunteer of The Year Award – sponsored by Do it Life

All of this year’s finalists are being given the opportunity to run a Crowdfunder campaign hosted by Crowdfunder.co.uk, and will have four weeks to generate as much support as possible for their work.

The one generating the most support will win this year’s People’s Award, which will be announced at the Awards Ceremony in July.

Whether the finalist wins an Award or not this means they will be spreading the word about their work, generating more support from their own networks and finding new supporters to help grow their impact.

“The pace of tech change is fundamentally reshaping our world.

“Young people not only need to be ready for that but also actively designing the tech that will shape their future.

“We’re proud to be sponsoring the Tech4Good awards and inspired by how this year’s BT Young Pioneer finalists aim to improve the lives of those with disabilities to ensure nobody is left behind.”

The Awards are organised by AbilityNet Head of Marketing and Communications, Mark Walker. He said:

“AbilityNet’s Tech4Good Awards celebrate the amazing people who use digital technology to make the world a better place for other people.

“And we are once again excited to announce this excellent range of finalists for the AbilityNet Tech4Good Awards 2019.

“Every finalist deserves huge credit for using their passion for digital technology to change the lives of other people for the better.

“On behalf of AbilityNet, I want to thank BT for yet again kindly sponsoring this year’s awards.

“These awards are only possible due to BT’s wonderful support each year.” 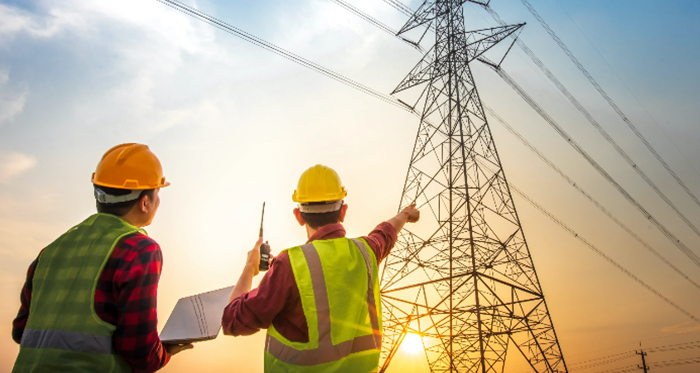 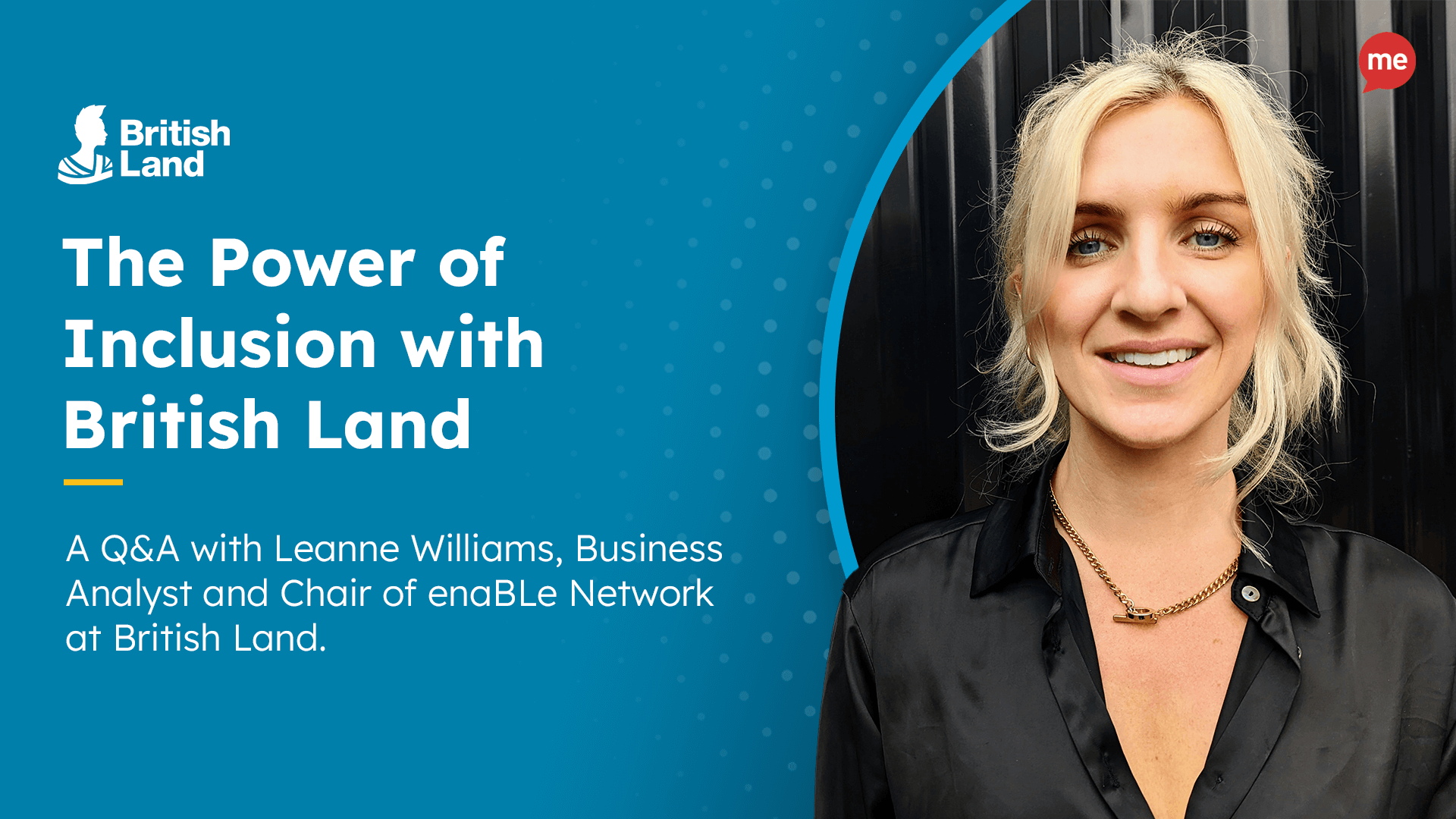 We caught up with Leanne Williams, Chair of enaBLe Network at British Land to discuss their approach to diversity and inclusion in and out of...
Read More 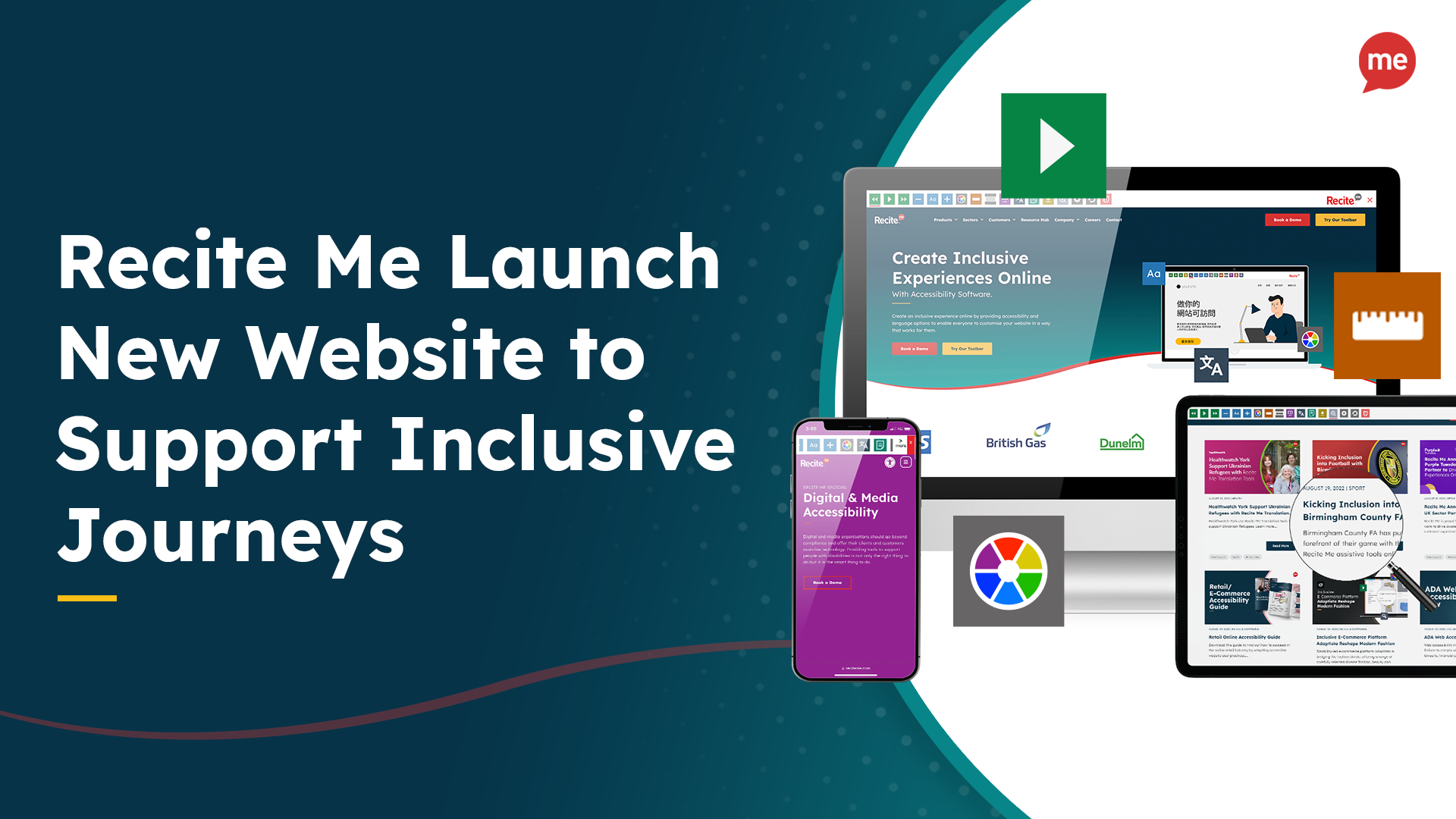 Recite Me has launched its all-new website, aimed to educate and support all organsation as they start their inclusive online journey. ...
Read More

Kick start your journey to make your website accessible and inclusive for everyone by exploring Recite Me’s suite of tools.
Press the button below to get started!