Believing in Accessibility for All

The winners of the AbilityNet Tech4Good Awards 2018 were revealed earlier this week at the annual awards ceremony in BT Centre, London.

These are the only awards to highlight the amazing people from charities, business and volunteers across the UK who use digital technology to make the world a better place.

The awards showcase how new technology is being created to change people’s lives for the better and the power of technology to transform the lives of people with disabilities was as a strong theme for 2018. 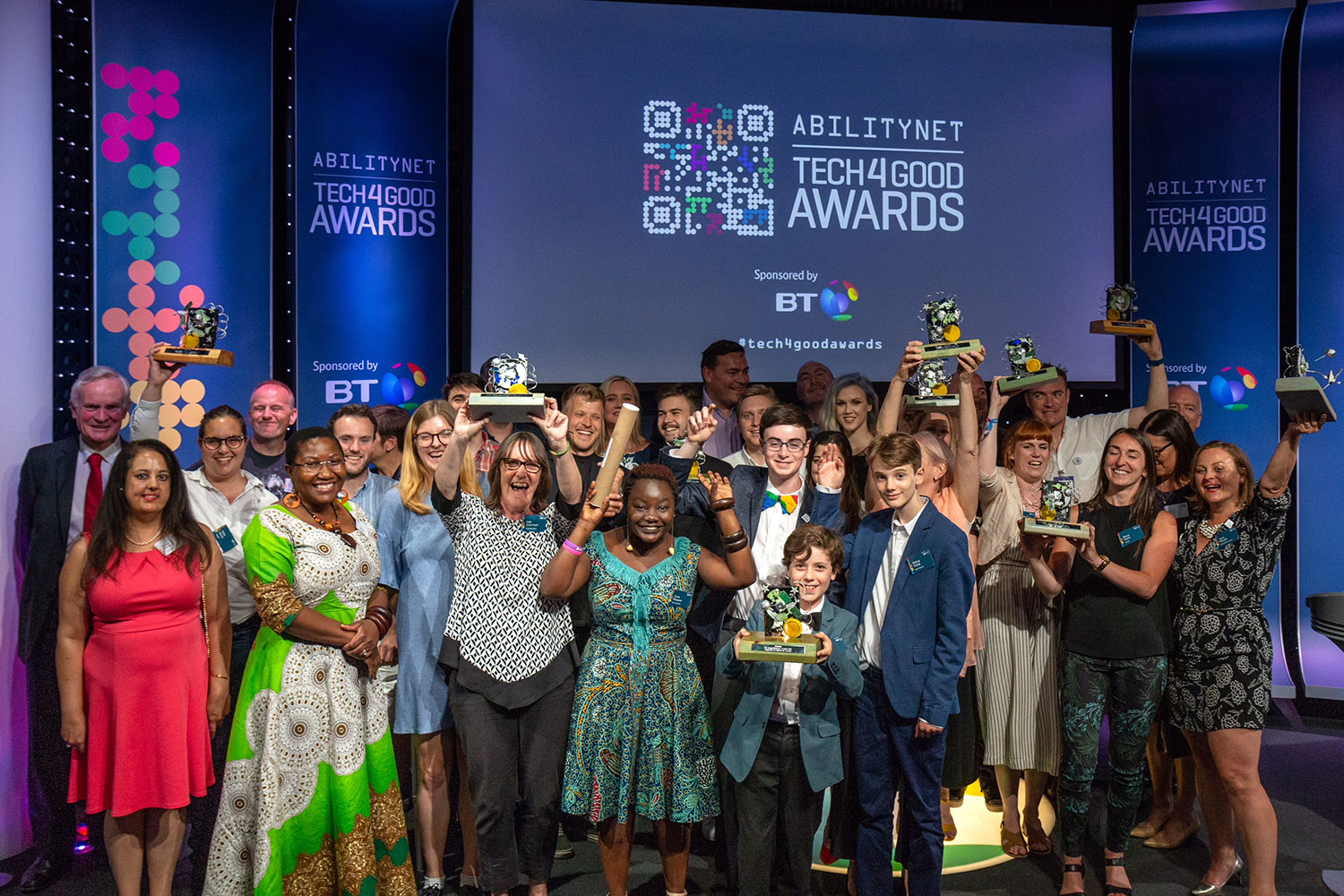 This year’s winners included Be My Eyes, which is an accessibility app that uses a smartphone to connect blind people with sighted volunteers.

The winners also included an app called TapSOS, which was originally designed for the Deaf community and provides a non-verbal way of contacting the Emergency Services.

The awards are organised by national digital accessibility charity AbilityNet and sponsored by BT and supported by charities and businesses including Lloyds Banking Group, Microsoft and Tech Trust.

The winners were chosen by a judging panel includes experts from the BBC, the tech industry, charities and government.

Recite Me is a sponsor of this year’s AbilityNet Tech4Good Awards, for the second year running, and we also support the awards by donating our Recite Me web accessibility software for use on the awards website.

The AbilityNet Tech4Good Awards 2018 winners are:

Mind of My Own (MOMO)

Tech Volunteer of the Year Award

WaytoB was chosen as the winner of this award by the general public. The public were encouraged to read about each finalist on the AbilityNet Tech4Good Awards website and vote for their choice for the People’s Award by sending a tweet using a dedicated hashtag.

Recite Me Founder & CEO Ross Linnett said: “As someone who has dyslexia and created Recite Me accessibility software to overcome this challenge, I know first-hand about the power of tech to change people’s lives.

“Congratulations to all the winners of the AbilityNet Tech4Good Awards 2018, they richly deserve the credit they are receiving.”